Living with a terrible taste in music

Here’s a look at where I’ve been, and where I’m at now.

My parents essentially listen exclusively to country music, and so it’s basically all I listened to for the first decade of my life. And when I say country, I don’t mean old stuff, I mean proto-pop country:

Many, many people that I know now are quite surprised by this. Country is one of those genres that brings out a certain revulsion in people. It still comes up from time to time, and my understanding of country brings out a laugh. Once in college, I was in a friend’s hometown, the Middle of Nowhere, PA. His brother rolls up in his huge pickup truck, blasting some George Straight. My friend looks at me, and rolls his eyes. With a straight face, I start saying the words as George sings them. The look of shock and confusion on his face was priceless.

In many ways, that’s exactly who I was destined to be: just a country boy gettin’ down on the farm.

But then, I discovered skateboarding, and punk rock.

Of course, it wasn’t even good punk music, either. See, I had always thought skateboarding was neat, but wasn’t never had one because there was nowhere to ride it. I lived on a farm, we didn’t have any pavement anywhere. So I forgot about skating. But then I got a call from a friend, he’d just gotten a new video game: Pretty awesome. He also had this new album that came out at the same time… 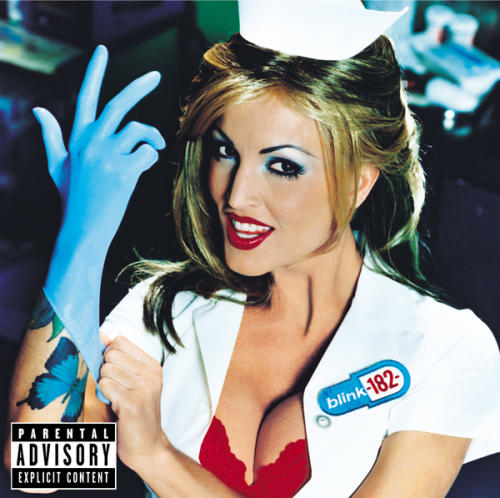 From there, it was all over. All this edginess combined with my (just budding, of course) testosterone meant I was pretty much set. The funniest part about this period of my life was that I actually wasn’t really a particularly rebellious child: I maintained pretty damn good grades, save for a few semesters, I still went to church, and I was generally a good kid. I didn’t even smoke pot! Yet even the act of possessing these albums was heinously offensive. I got grounded for half a year for possessing Blink182’s “Take off your Pants and Jacket” and Limp Bizkit’s “Three Dollar Bill, Y’all$.” This constant conflict over music with my parents dominates my memories at the time. I literally printed out all the lyrics and wrote two pages explaining why I should be allowed to own a copy of the Offspring’s “Americana” even though they said ‘shit’ a few times. Punk, even third generation pop-punk, really spoke to my desire for autonomy and my attempts to be my own person.

Of course, slippery slopes are everywhere, and so I started searching for harder and harder music. Always the min/maxer, I looked for loopholes in my parent’s rules. The biggest hole: anything from the Christian Family Bookstore was fair game. So I scoured it for anything awesome. That’s when I found Zao:

Screw punk, metal was way more awesome. I grew my hair out long and learned to headbang.

I don’t think I need to explain to you why metal is ridiculous. I mean, come on:

Of course, there has to be a way to reconcile all this, right? Take two steps forward, one step back? Well, that’s hardcore.

Uuhhh yeah. Hardcore punk also brought me to straightedge, which leads to silliness like this: To this day, I still don’t regret this tattoo, and anyone that’s seen me at a Ruby conference knows that I’m not straightedge anymore. But this music and philosophy defined who I was for about 8 years, which was, at the end of it, about a third of my life. It changed my college experience. I’m (basically) permanently marked by it.

Anyway, so nowadays, this is what I listen to:

Here’s the thing: once I finally admitted to myself that I enjoy terrible pop music and stopped trying to apologize for my taste, I realized I was way more productive. Upbeat music with a vaguely positive vibe means I get shit done. Way better than the heavy, dreary, angry stuff I listened to in the past. I listen to hours of music a day, and I’d much rather have it be happy…

But that’s when I realized I’ve basically always had bad taste in music.

The thing is, that’s totally okay! Music has always provided an interesting backdrop for the rest of my life, and it’s fit whatever moment I was living. Writing this post was a blast, because I’d forgotten about half of this stuff, and re-living it is a good time. I can remember debating my friends about the Casualties being street punk or hardcore, if some band had really sold out, or if straightedge still matters now that Ian MacKaye smokes pot.

I wonder what I’ll be listening to in five years.